FOLLOWING THROUGH ON YOUR NEW YEAR'S RESOLUTIONS

Hello friends!
I apologize - it's been awhile since I've updated you all on my blog. With the cold weather and the super cold polar vortex that came blowing across the country, I've taken a bit of hibernation! But, things are starting to warm up, and my schedule is beginning to once again fill up with community events around Green Country! Before I fill you in on the latest events on my schedule, I'd like to ask you a few questions....Did you make a New Year’s resolution or set any goals to accomplish this year? Did you make plans to better yourself by finding a better job, finishing a good book, learning to play a new instrument, or perhaps to start working out and getting back in shape? AND FINALLY, have you been following through on your new year's resolutions?

Your friend, Fergie Bear, made a new year's resolution. I promised myself I would get in better shape this year! Just as for you humans, fitness & wellness along with a proper diet are beneficial for us bears; not only to keep our bodies fit and healthy but to keep our minds healthy as well. Fergie Bear is committed to a healthy life-style. As my friend Winnie the Pooh would always say, “A bear, however hard he tries, grows tubby without exercise.” 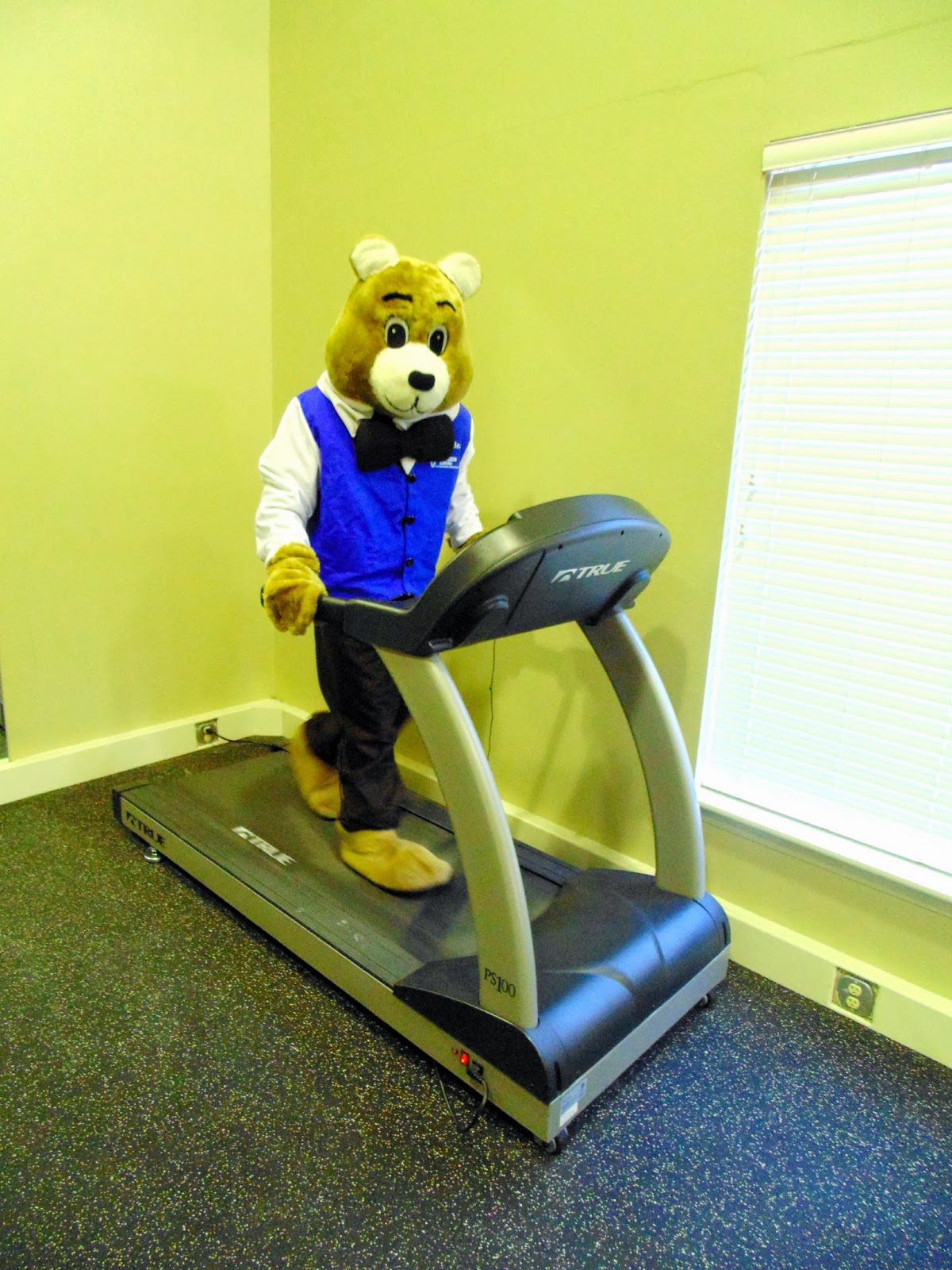 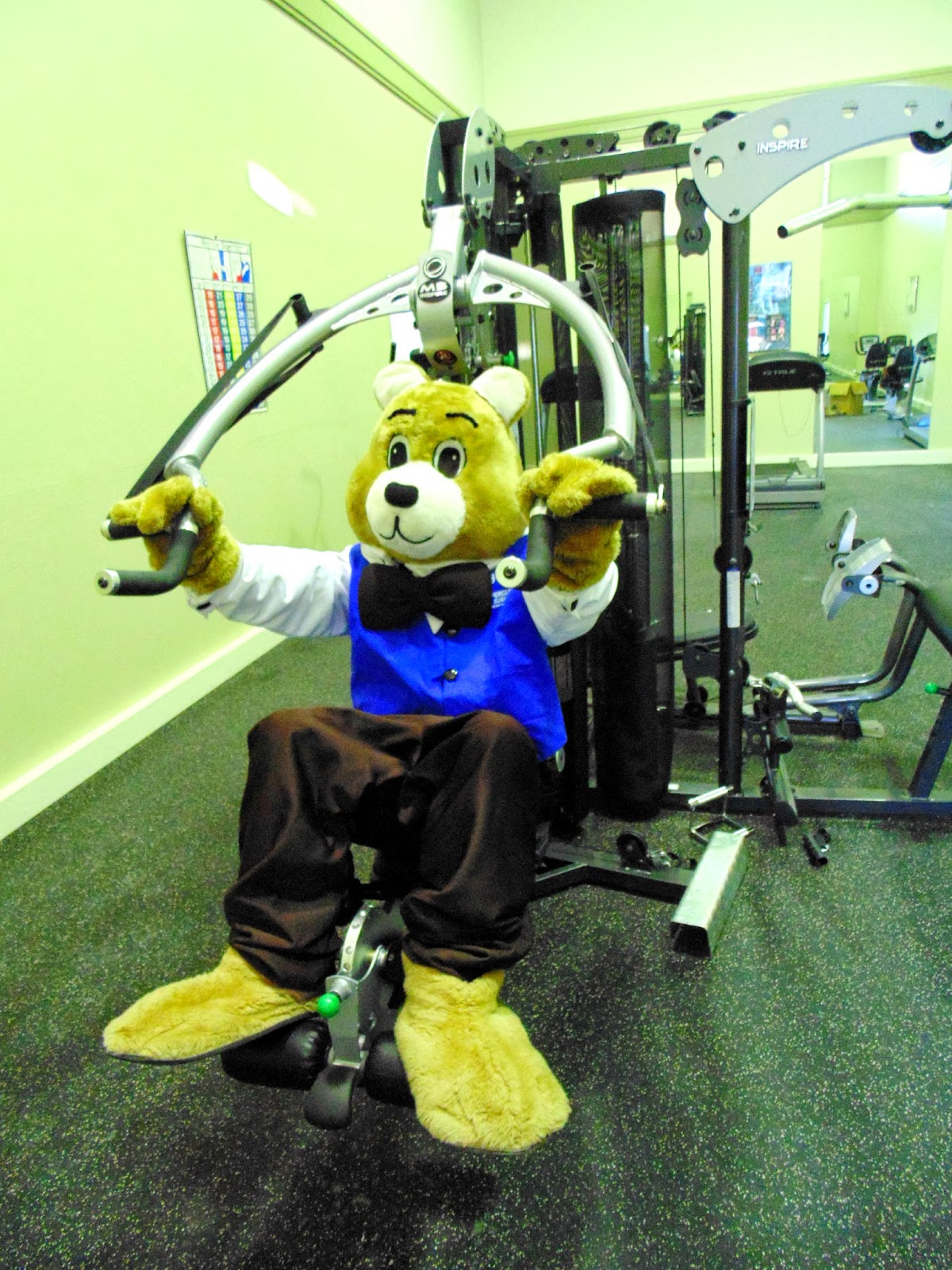 I know it can be a challenge working out and regularly exercising. I'd like to give you a few tips for making a healthy, active lifestyle a habit, and help get you on your way to fulfilling your new year's resolution.

1.) Don't get discouraged by setting impossible goals. Set goals that you can realistically achieve. You want to push yourself, but you don't want to focus solely on one goal, that you forget about the hard work necessary to be triumphant. It's always helpful to set weekly or monthly goals. Reaching incremental goals will help your pride and motivation.

2.) Consistency is key. A study led by Phillippa Lally, PhD, a psychologist at University College London found that it took people 91 days of doing 50 sit-ups each morning for the behavior to become automatic. "Forging a new habit gets easier and easier as you gain momentum, Lally says. Eventually you'll stop counting the days… and just do it." - (Source: Huffington Post)

3.) My final tip, find a friend to commit going to the gym with you. Find someone that also has goals of creating an active life-style and someone that can help keep you motivated to working out and creating healthy habits. A buddy-system not only can help create accountability, but it can also make the workouts more enjoyable, and fun. Good luck with your new year’s resolutions!
Fergie Bear is cheering you all on!

Comment below and let Fergie know how your
new year’s resolutions are going.

sources: 6 Ways to Become a Creature of Habit

Posted by Ferguson Superstore at 3:21 PM No comments:

The 2013 Angel Bear Campaign was a total success, thank you one and all!

Fergie Bear hopes you had a Beary Merry Christmas and wishes you health and happiness in the new year! 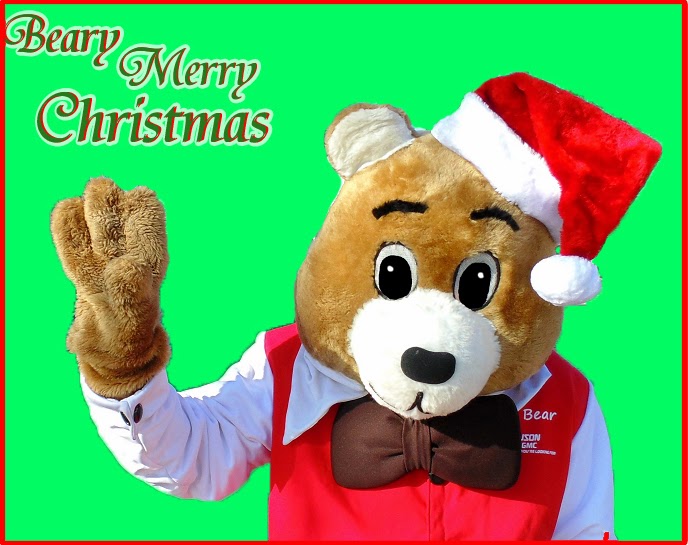 Did you get all you asked for from Santa this Christmas?
Let Fergie know in the comments below.


Posted by Ferguson Superstore at 2:14 PM No comments: 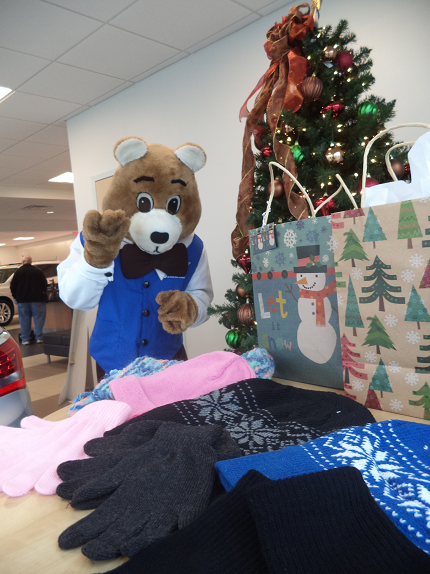 Special thanks to the Broken Arrow Optimist Club for providing several dozen gift bags with winter gloves, hats, and scarfs for needy families in Broken Arrow. - pictured with Fergie Bear below 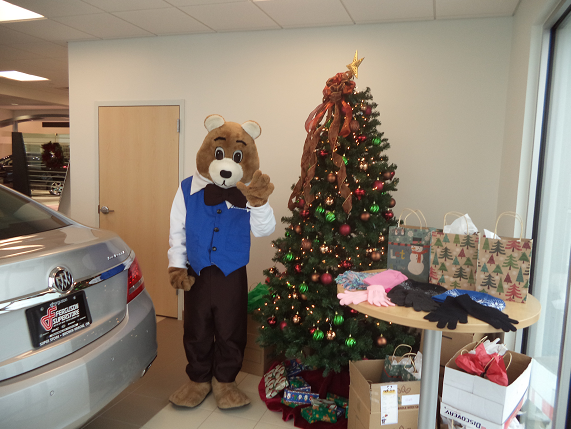 Posted by Ferguson Superstore at 1:40 PM No comments:

The success of the Angel Bear Christmas Campaign is part of Fergie Bears charitable work in the community. Fergie Bear saw the need to provide toys and gifts to Oklahoma’s neediest children and soon began building the foundation for Angel Bear. For 17 years the campaign has helped bring smiles to thousands of young boys and girls, and for whole families in Green Country, who don’t have a whole lot to celebrate during the holiday season. 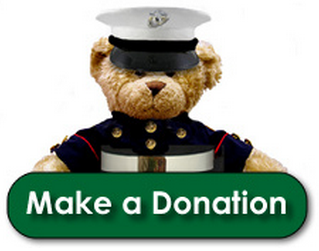 The campaign would not be possible without the help of our community and local sponsors. Every year the Union Public Schools Drive and Angel Light Christmas Drive in Okmulgee help donate a significant amount of toys and gifts. Without the help of our sponsors the Angel Bear program would not be able to help spread the Christmas joy to those in need. This year’s sponsors include: Broken Arrow Optimist Club, United States Marines Toys for Tots, Senator Bell Brown, Sharon King Davis, Dr. Clarence Oliver, and Bethel Collision Center.

You can make a donation at Ferguson Superstore at 1501 N. Elm Place, Broken Arrow, OK. Please make a generous today and help someone in need for the holiday seasons. Help make the holidays brighter for a family in need. Contact Clint Walden at 918-378-3154 if you have questions and would like to donate. 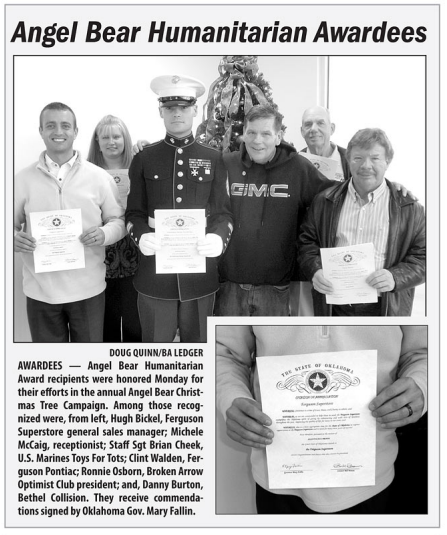 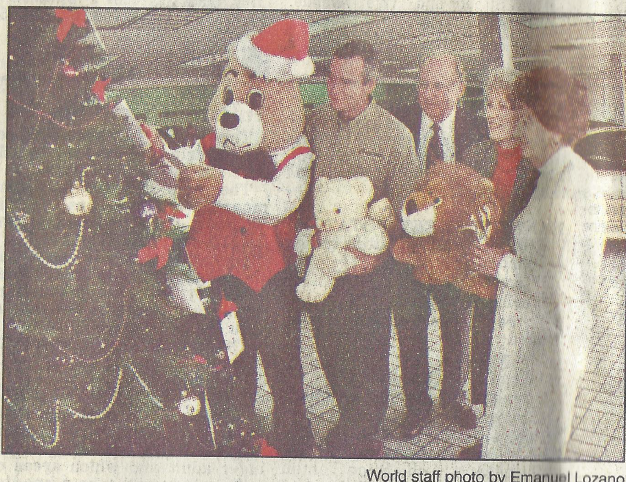 
Posted by Ferguson Superstore at 12:27 PM No comments:

Hello friends! My apologizes for missing my monthly blog post in the month of September. There's been a lot on this bear table, and more than just porridge! There has been A LOT of community activities and festivities in the Tulsa area. I've been running back and forth between all of them. It's actually been quite reenergizing; while most bears this time of year are getting ready for their hibernation, I can't afford to take a long bear nap. I would much rather meet you and the great people of Owasso, Broken Arrow, and Tulsa. Since, it's been awhile since I last wrote to you, I have plenty of adventures I'd like to share with you.

In my last blog post I mentioned the Owasso Gathering on Main. Since then I have been to two more of the monthly Gatherings on Main Street, in Owasso. The Owasso Gathering in September was an extravagant kick off to the football season. As you might be aware of, high school football is a pretty big deal in Green Country. During the September Owasso Gathering, the entire football team, band, and cheerleading squad marched down Main Street towards the Ferguson Main Stage. Then the head coach spoke on stage and got everybody pumped up for the upcoming season. It was great to see the community come together, and cheer on our local youth athletes.


On the first Thursday in October, Owasso once again held the Gathering on Main. This was the third Owasso Gathering I have been to, and there was just as much excitement, and fun activities in October! They added a Weenie Dog Race (a race for Dachshunds), and their was a great live musical performance by Todd Kessler and the New Folk (former contestant on The Voice). There was also a live Native American dance performance; performed by the Owasso Indian Foundation. And of course, there was great food at the Gathering, as always. I look forward to the next Gathering on Main, on the first Thursday in November. Hope to see you there!


Between the two Gatherings, I got to check out other cool locations in the great city of Tulsa. I went to the Garden Center, in the historic Woodward Park. They were providing a wonderful service the the senior citizens in our community, by hosting the Linnaeus Garden Grandparent's Day; a day for children and grandparents to enjoy the lush garden and spend time outdoors together. Later in the month I also visited the children at the Little Lighthouse and stopped by the Upper Room at Grace Lutheran Church. The Little Light House has been improving the quality of life for children with special needs since 1972. The Upper Room is a non-profit outreach ministry that has been providing need to the community since 1999.


Well, that was just a few of the adventures I've been able to attend over the past month. Join me on Facebook page to follow me in every one of my adventures, community involvements & appearances, and local festivals. There's a lot of fun activities planned for the rest of October I hope to see you at; including a Boo Ha Ha, and Oktoberfest Mascot Event.

You can also, past and upcoming list of activities at FergusonDeal.com.

Posted by Ferguson Superstore at 11:40 AM No comments:

Hello again friends! Can you believe that it's almost Labor Day? Labor Day official marks the end of summer. It's been an exciting summer here in Tulsa. As we approach the end of August, I'd like to share with you some of the cool stuff I've been up to since my last blog post. I've been to some fun community events, and met a lot of new friends. I've been to the Gathering on Main in Owasso, a Drillers' baseball game, and welcomed kids back to school.

Art, music, entertainment, food, and friendly neighbors; you can found all 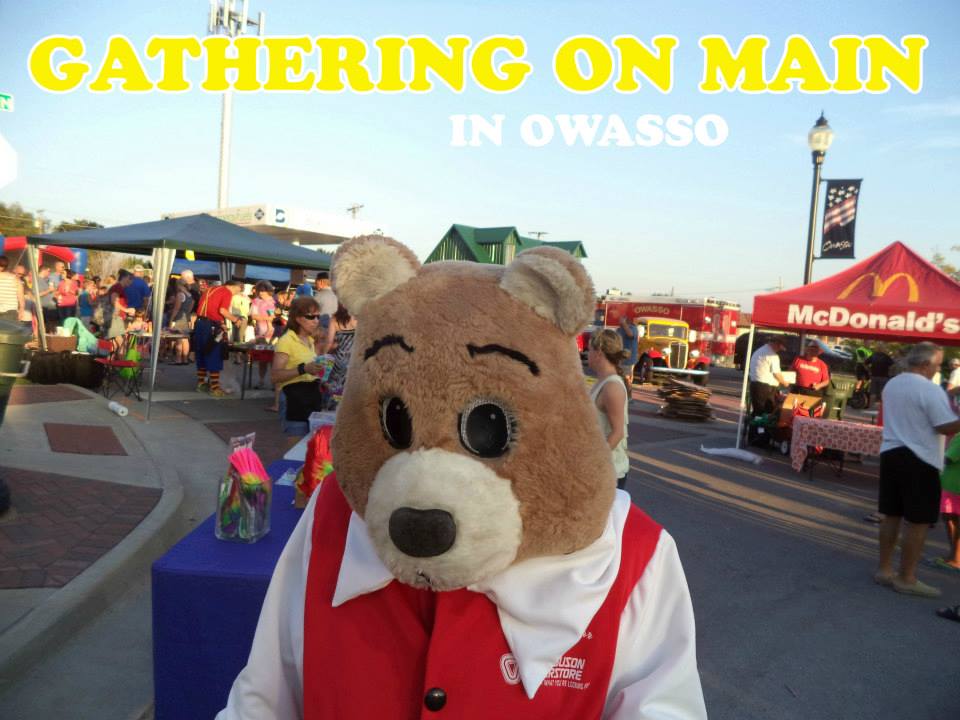 these things on the first thursday of every month at the Gathering on Main, in Owasso. Have you been in Owasso lately? I have been in Owasso several times this month. I went to my first Gathering on Main on the first thursday. It was so much fun that I decided to go back in September! Ferguson Superstore will be sponsoring the next, upcoming Owasso Gathering on Main, on September 5th. This will be a special Gathering. There will be live music provided by special guest - The Usual Suspects. This is a great, family-friendly event. I am looking forward to going back to Owasso!

Did you know Fergie is a baseball fan? Yep, I enjoy watching a good baseball game during the summer. Earlier this month I was able to enjoy a Tulsa Drillers' game. The Tulsa Drillers are the Texas League North's first-half division winner. The Tulsa Drillers have the best, baseball loving fans. I got to run out on to Oneok field and shake hands with all the fans. Hornsby and me, along with several other of my mascot friends, were there at the game, to pump up the crowd and help cheer on the Drillers! You can view the Drillers full 2013 schedule here. 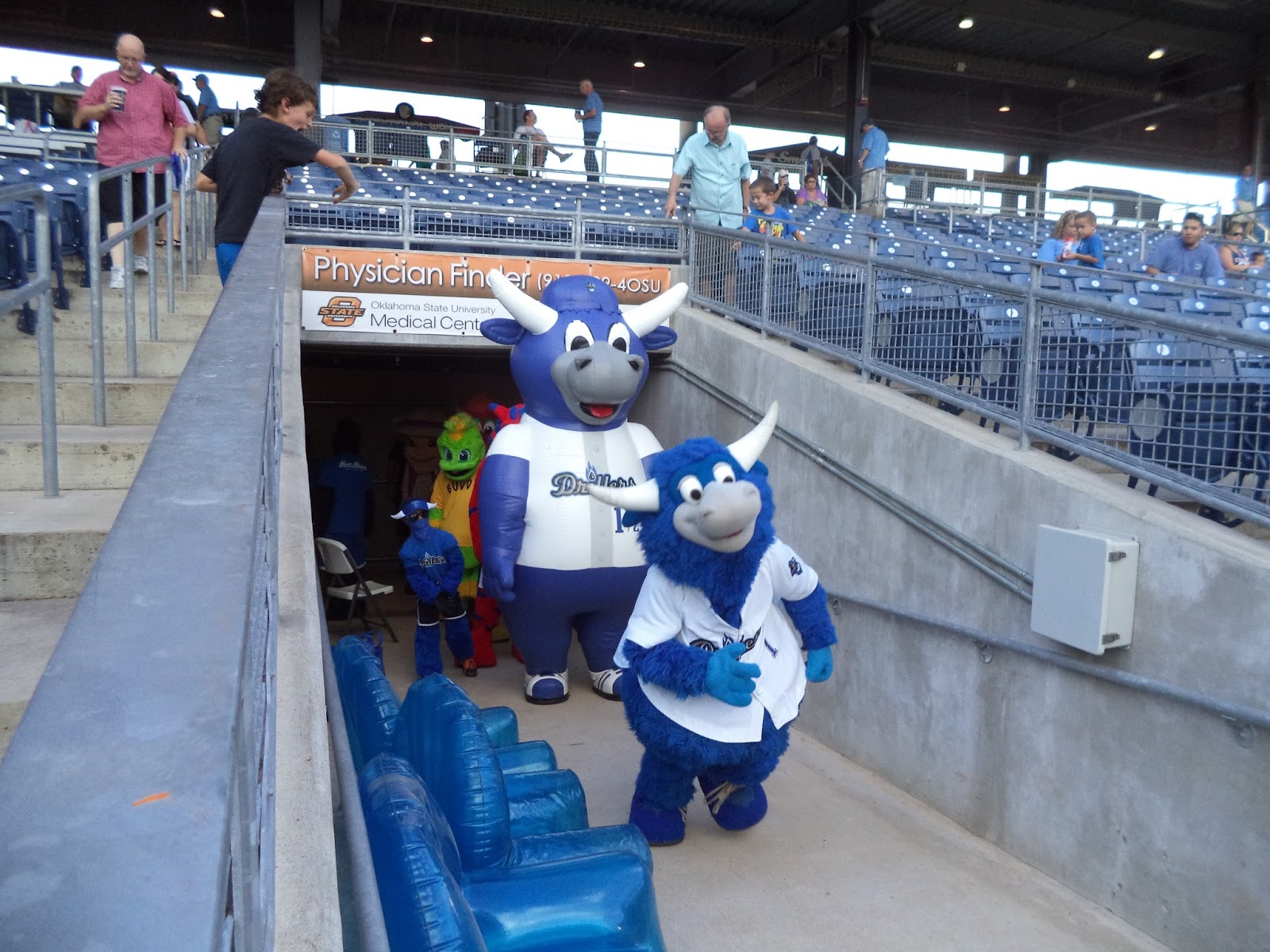 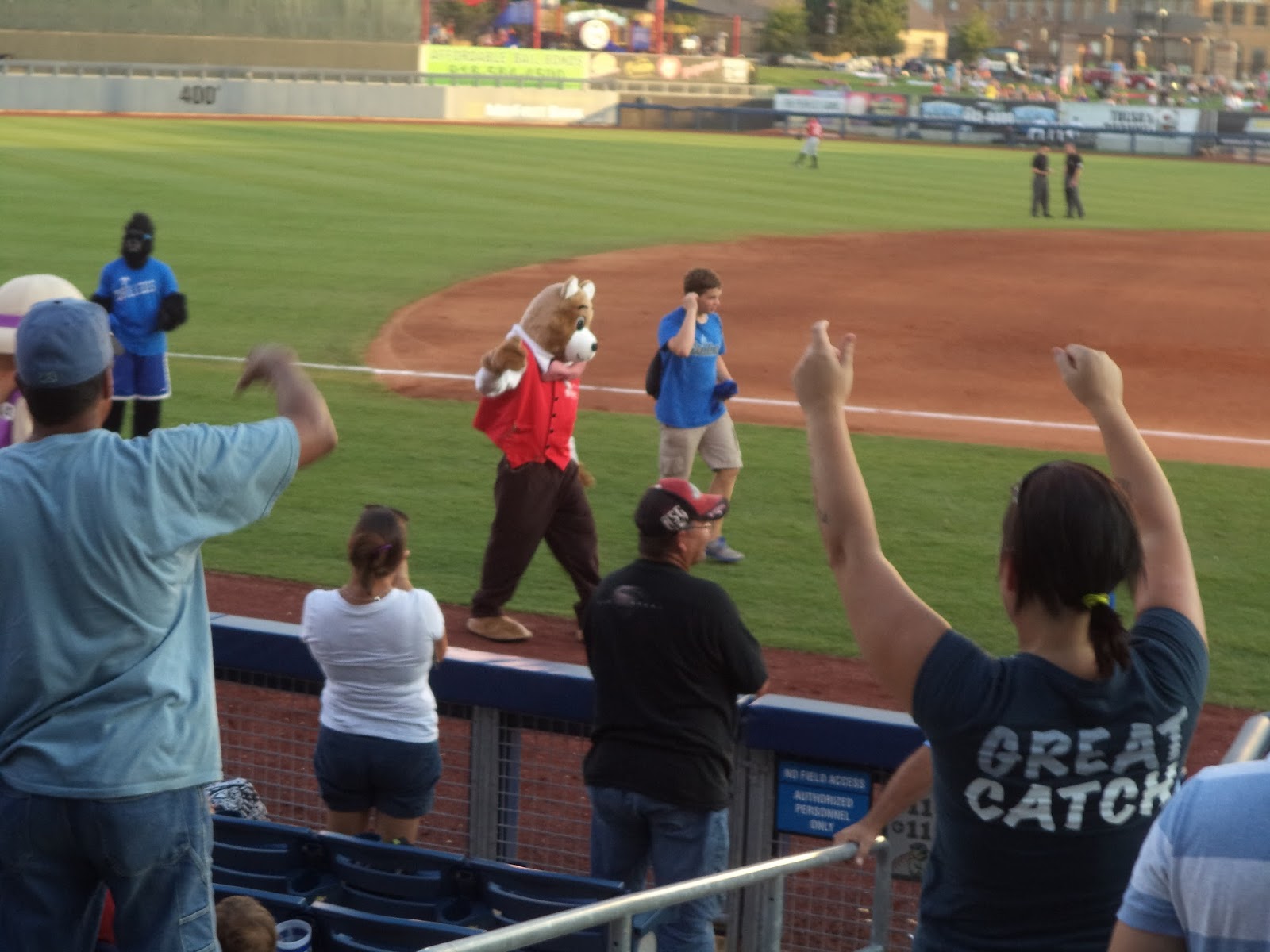 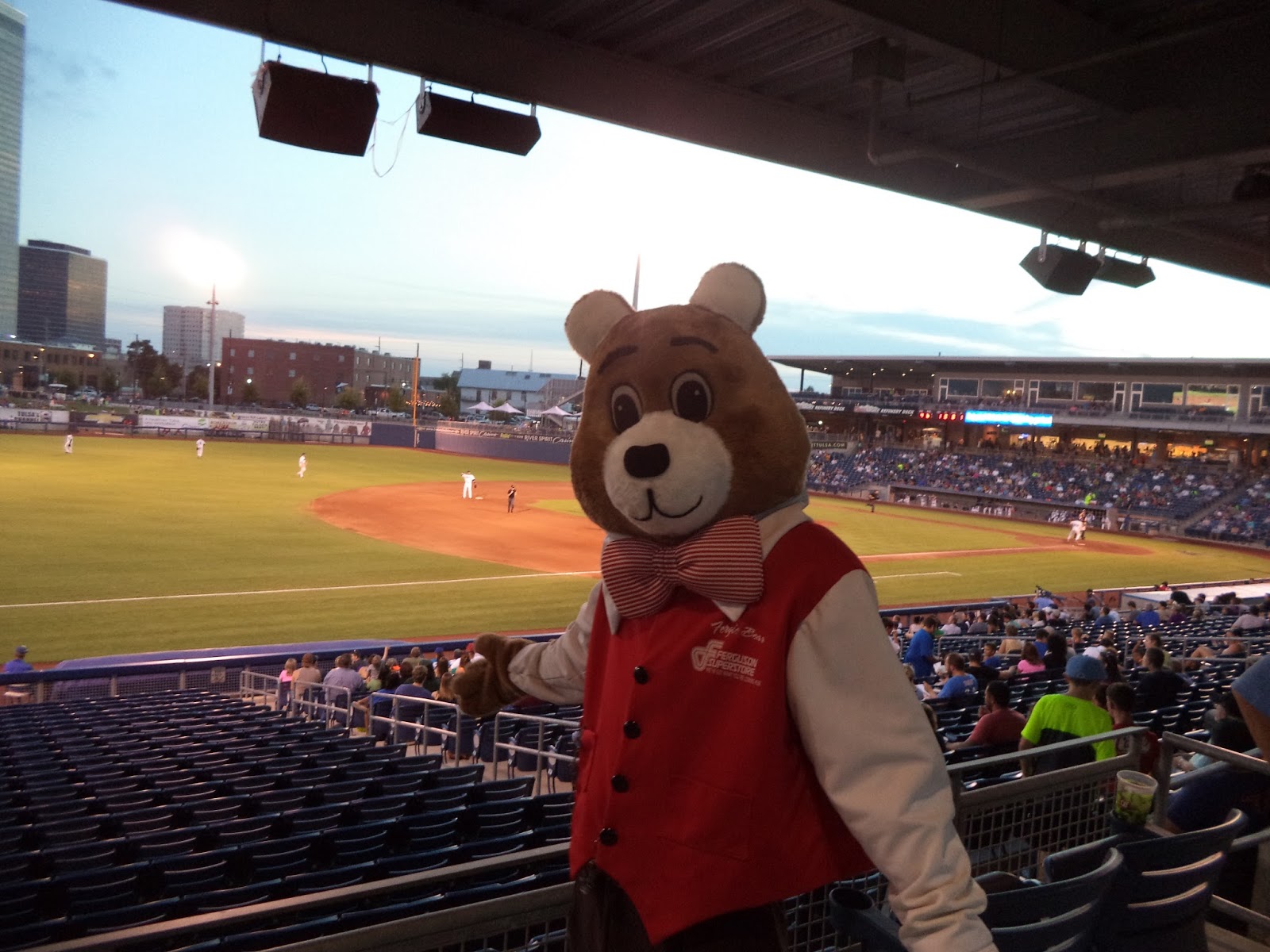 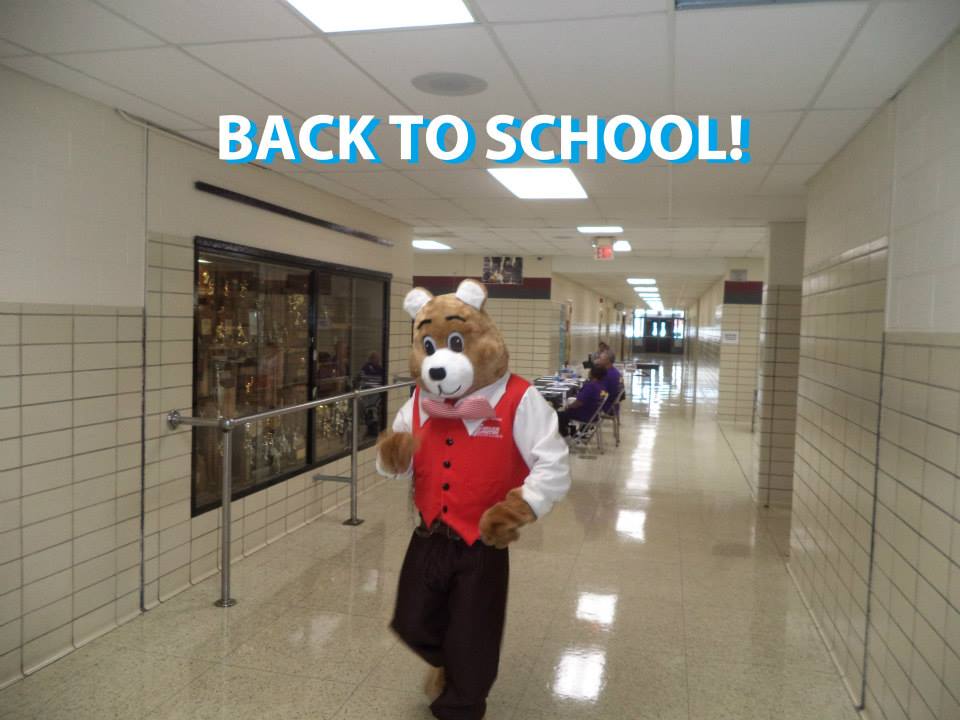 When I was a cub growing up, I always got excited this time of the year; because in August, school begins! I couldn't wait to go back to school and meet new friends and old. It's also fun learning new things.“The beautiful thing about learning is that nobody can take it away from you.” ― B.B. King. To all my young friends, I hope you do good in school this year! Study hard!

I hope I get a chance to see you this fall! There's a lot of community events and activities coming up. I have one more event at the end of the month. On August 31st, I'll be at Ferguson Subaru, along with the Tulsa SPCA for the Pet Adoption Festival. There will be loveable pets up for adoption. I hope to see you there.

Posted by Ferguson Superstore at 2:27 PM No comments: 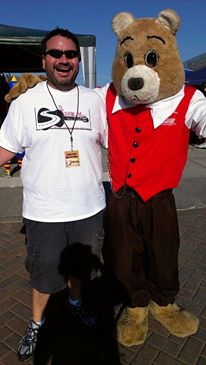 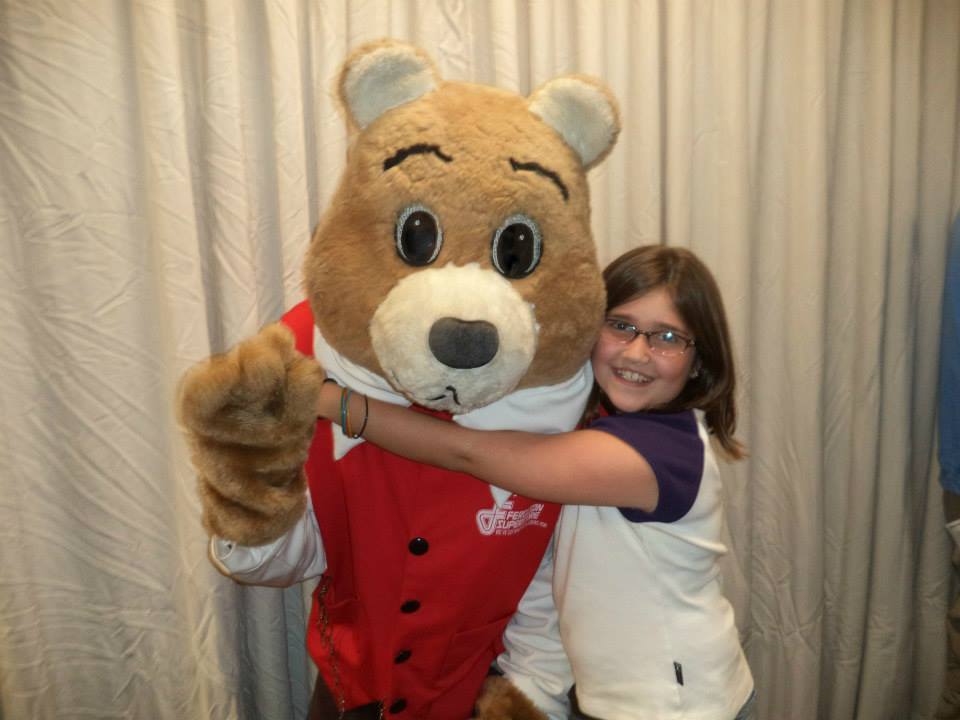 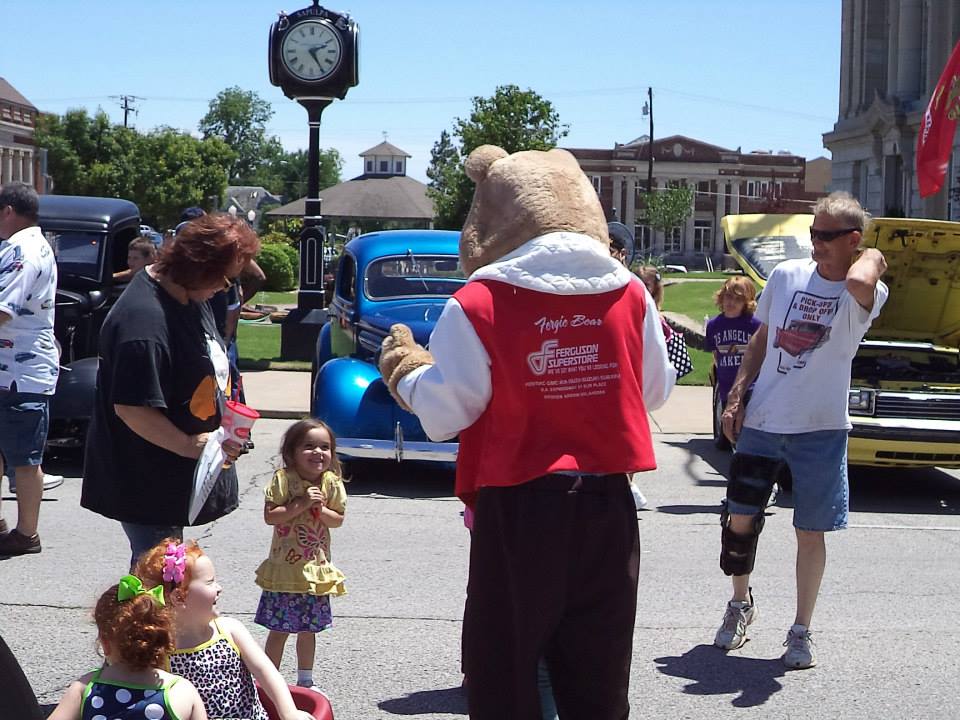 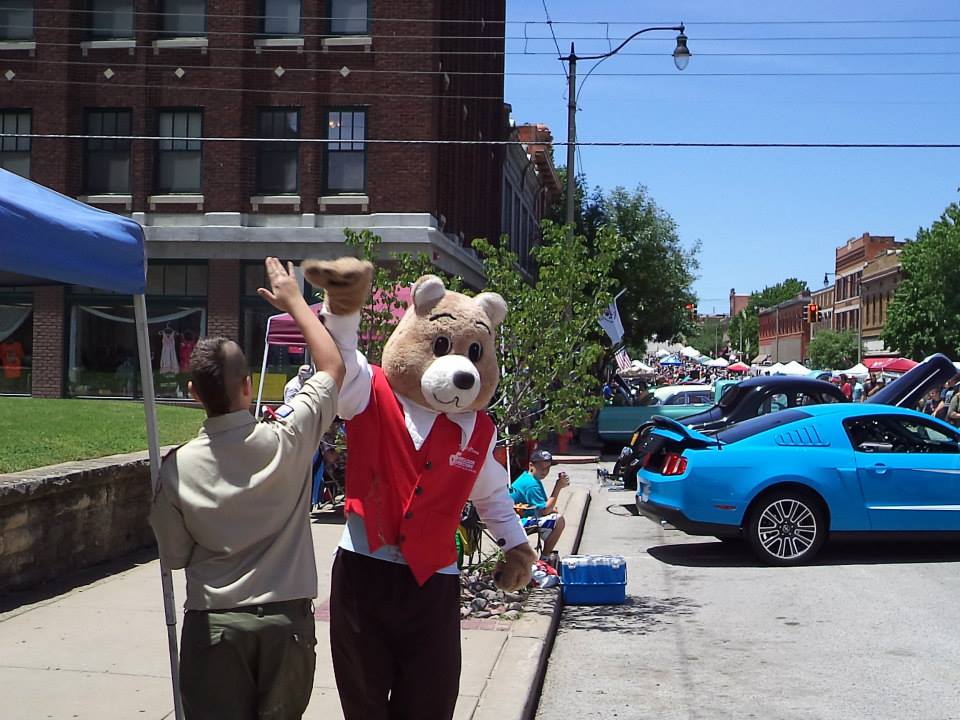 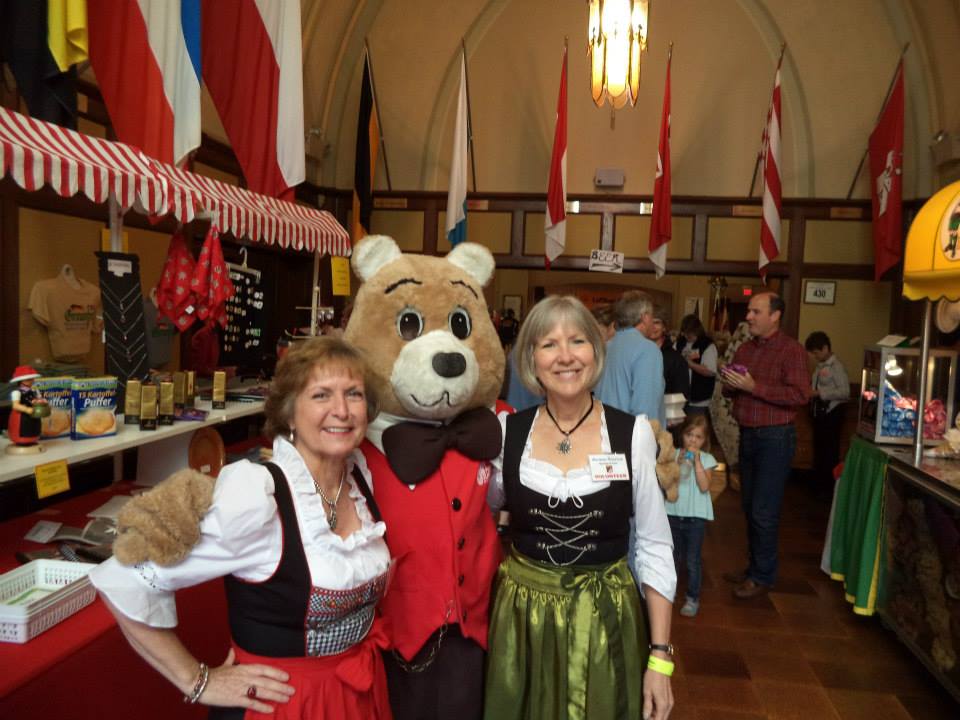 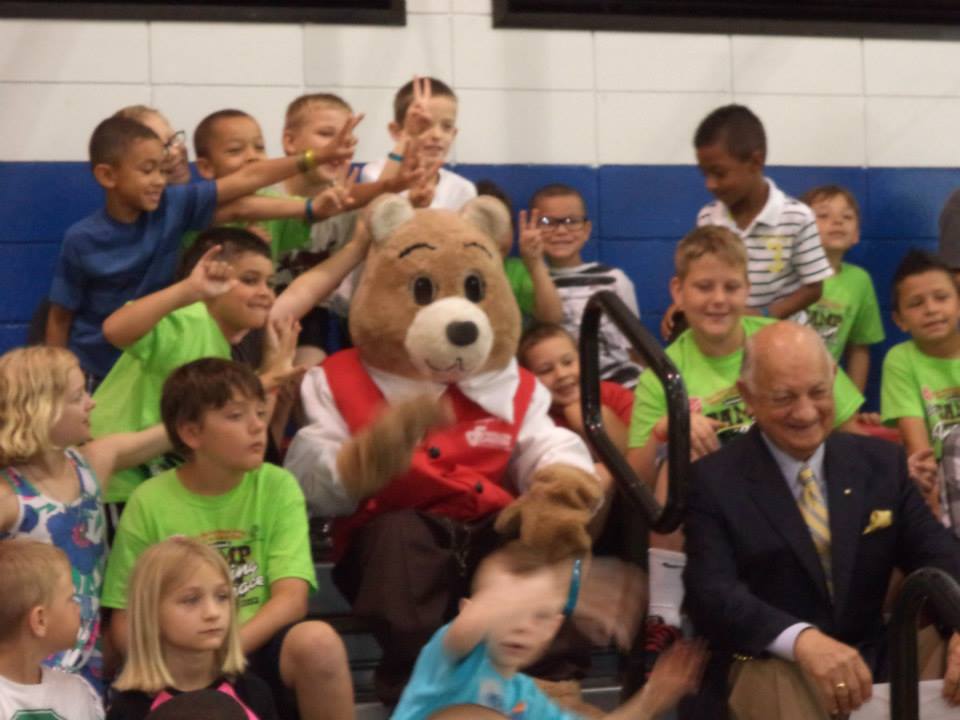 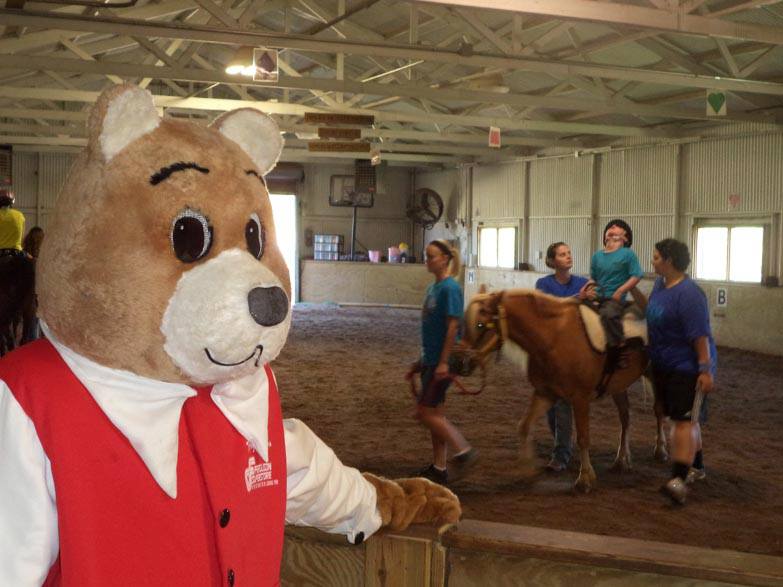 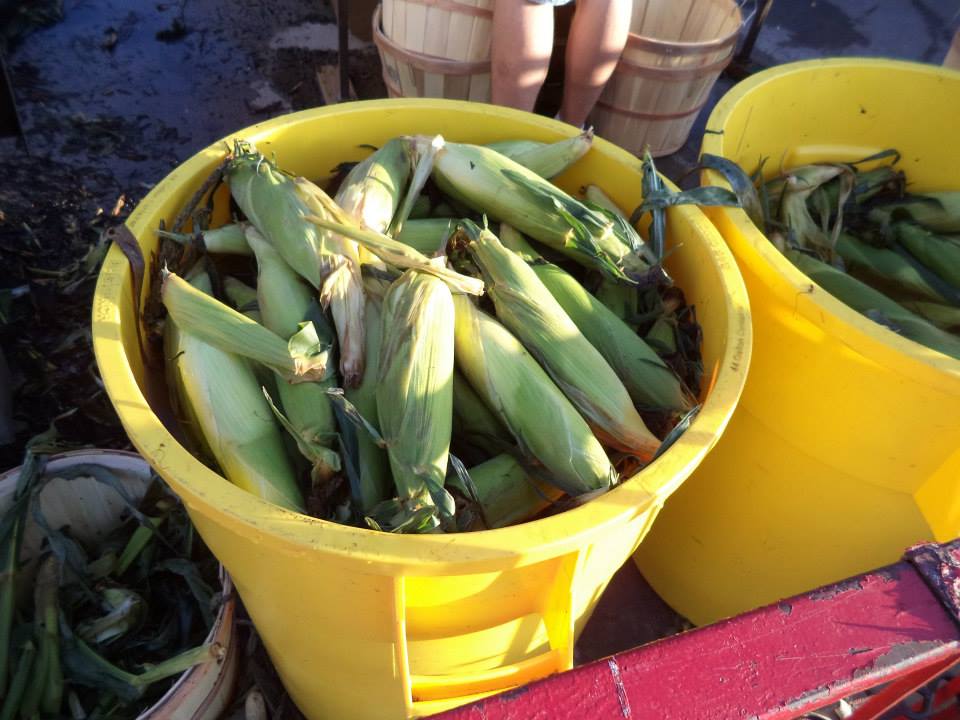 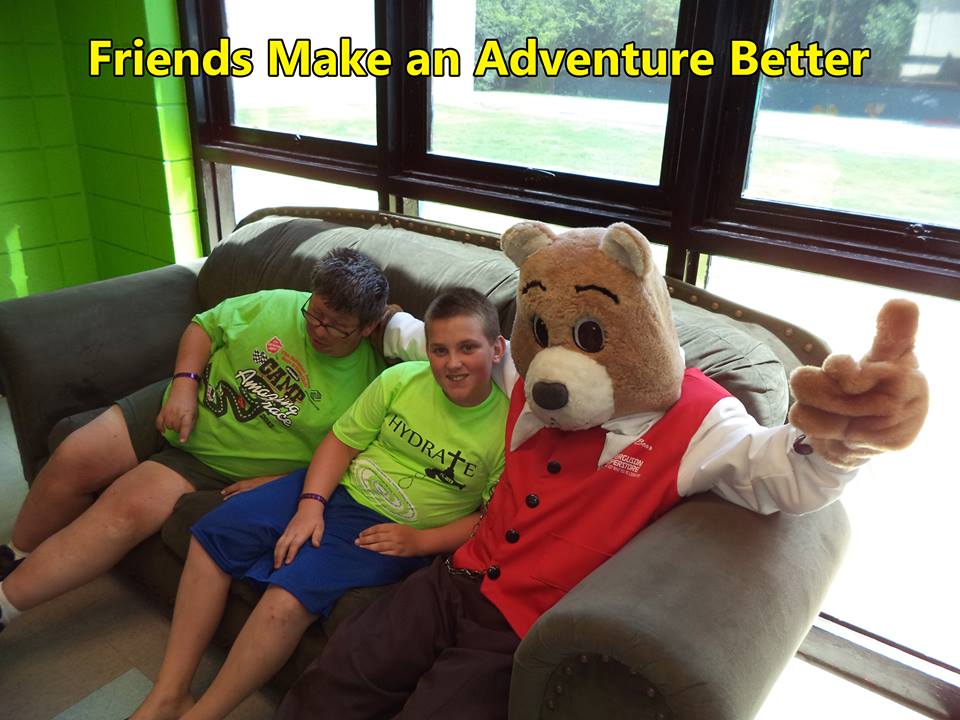 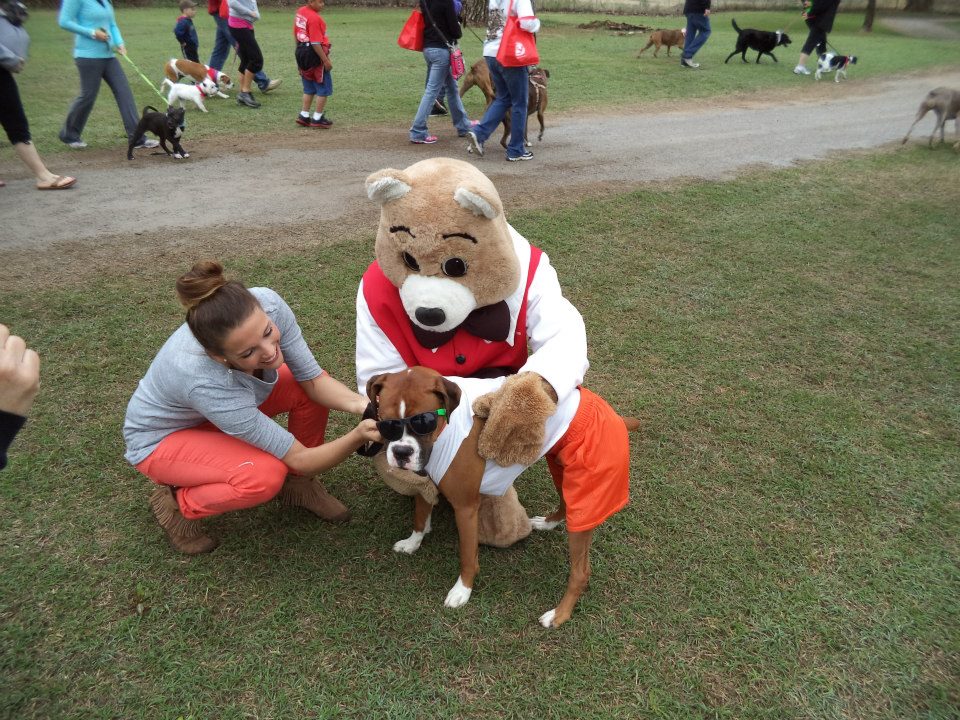 Posted by Ferguson Superstore at 8:08 AM No comments: